Zoodles, aka zucchini noodles, are one of my absolute favorite low carb noodle substitutes. If you are on the fence about trying them, hop off and join me on the veggie noodle fanatic side. They are packed with flavor and nutrition, a breeze to prepare and can be used to create a low carb version of virtually any noodle dish you can imagine. I used them here to recreate my favorite pasta dish from The Old Spaghetti Factory: Mizithra Cheese & Browned Butter Spaghetti. We are going to have zoodles with browned butter and mizithra instead! 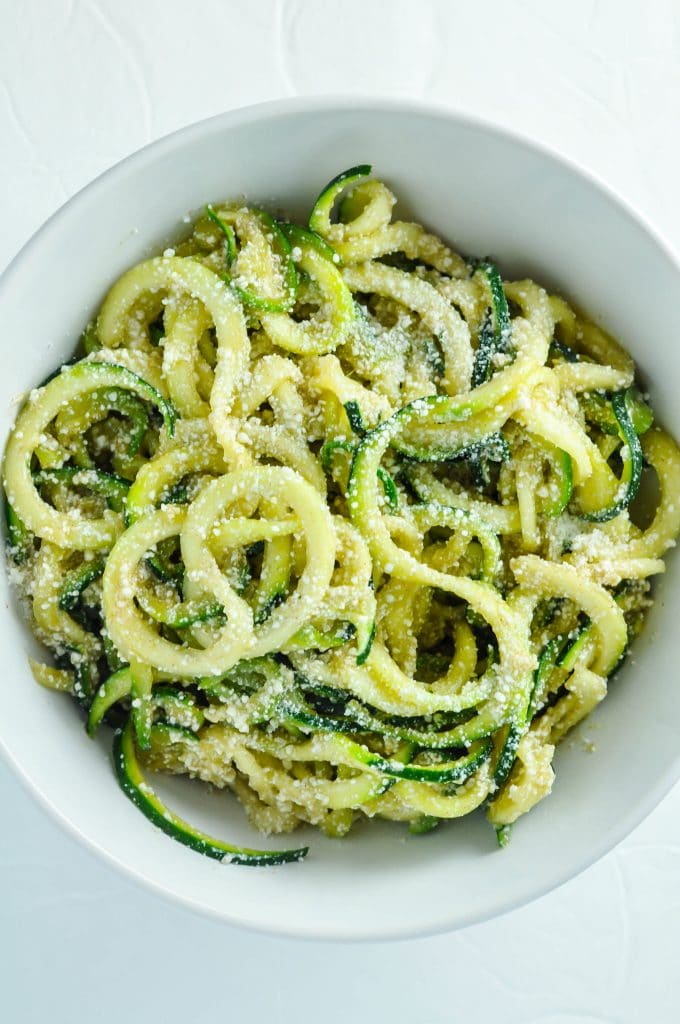 I’ve had my fair share of dinners from The Old Spaghetti Factory. “The Spag” just so happened to be a favorite after-work hangout back in the day; two of my close friends were servers there in my early 20’s, and I’m sure you can piece together the rest. Hint: it involved cheap drinks and unlimited spaghetti.

Without question, the Mizithra Cheese & Browned Butter dish is by far the best thing on the menu. Sometimes, it’s the least fussy dishes that make the most significant impact. 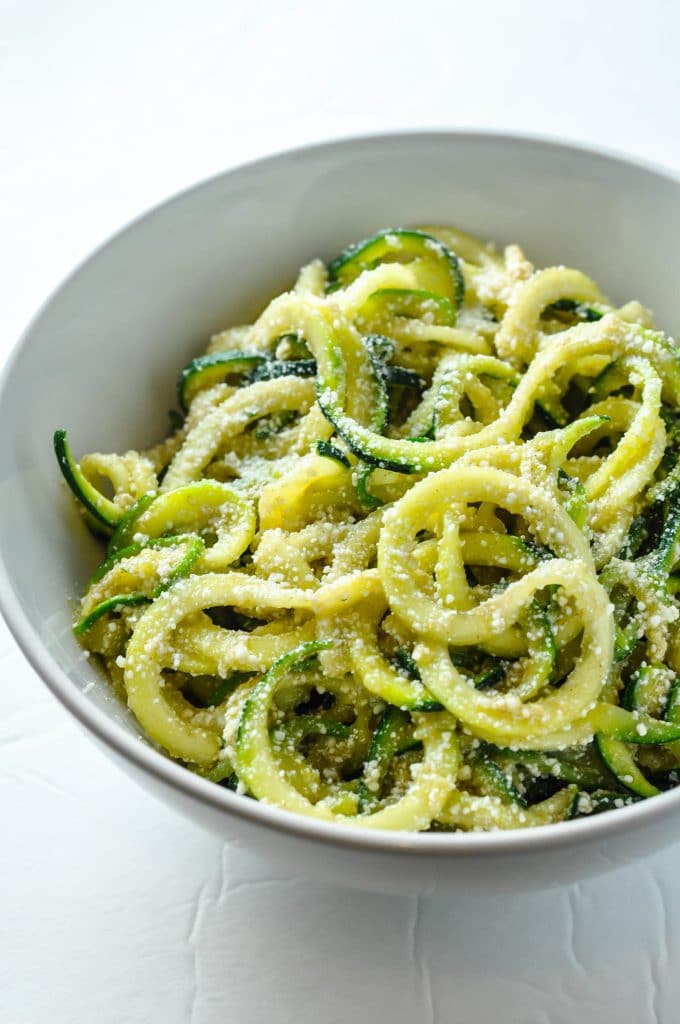 My low carb version with zoodles has only four ingredients! Zucchini, salt, butter, and mizithra cheese. The first three components are pretty commonplace, but you may have to venture to the fancy cheese section of your grocery store for the Mizithra. Think Gouda and Brie instead of pre-shredded cheddar when you hunt it down. 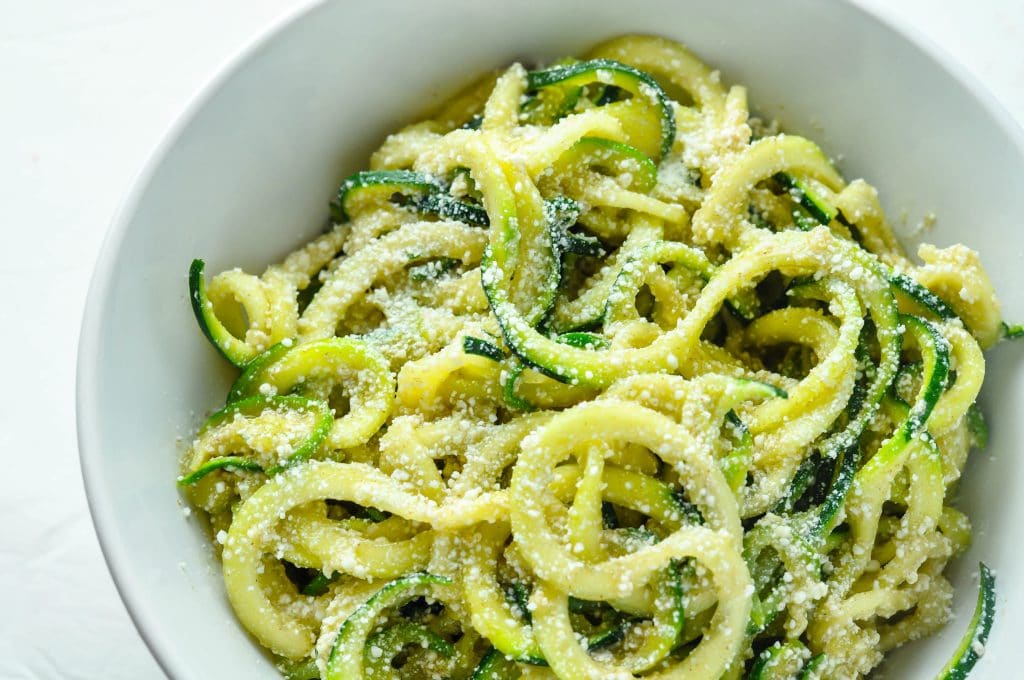 For best results, use a spiralizer to get the perfect spaghetti noodle out of your zucchini. I currently have the Veggetti

and think it’s pretty rad, but I’ve cut my finger on it once or twice more than I’d like to admit, so I’m looking into other options. I’ve had my eye on The Inspiralizer

after learning about the extra safety features. Let me know if you’ve tried it! You could also use a julienne peeler if you have that on hand instead. (Update: I got The Inspiralizer for my 30th birthday and I looooooove it!)

Before cooking the zucchini noodles, spread them out on a paper towel and sprinkle a little salt on them. This will help to draw out a little moisture and prevent them from getting soggy. Nobody likes a soggy zoodle… nobody! When wet, most sauces will slick right off the zucchini leaving a watered down, soupy dish. A dryer zucchini noodle is key to getting a thick coating of sauce to stick to your zoodles, and it only takes about 10 minutes or so to do the trick. 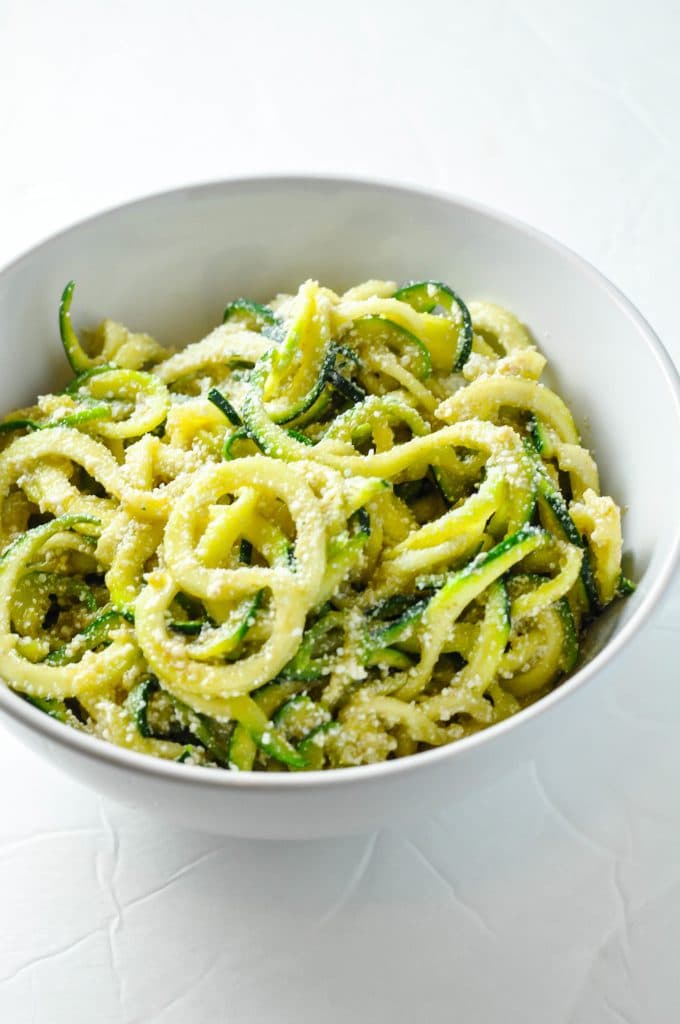 While your noodles are drying, brown your butter. Browned butter is ah-mazing. Simply take butter and gently cook the water out while stirring until it turns a beautiful golden brown. It gives the already delicious butter a complex, nutty flavor that makes whatever you use it with taste that much better. Read this excellent tutorial if you’ve never browned butter, it will tell you everything you need to know.

Go ahead and sauté your zucchini noodles in a small amount of the browned butter. Just a few minutes should do it, about 3-5 minutes tops.

Drizzle the remaining browned butter over the zucchini noodles and sprinkle your Mizithra cheese on top. Toss the zoodles to ensure they are evenly coated and the cheese is well distributed. Serve immediately and enjoy! 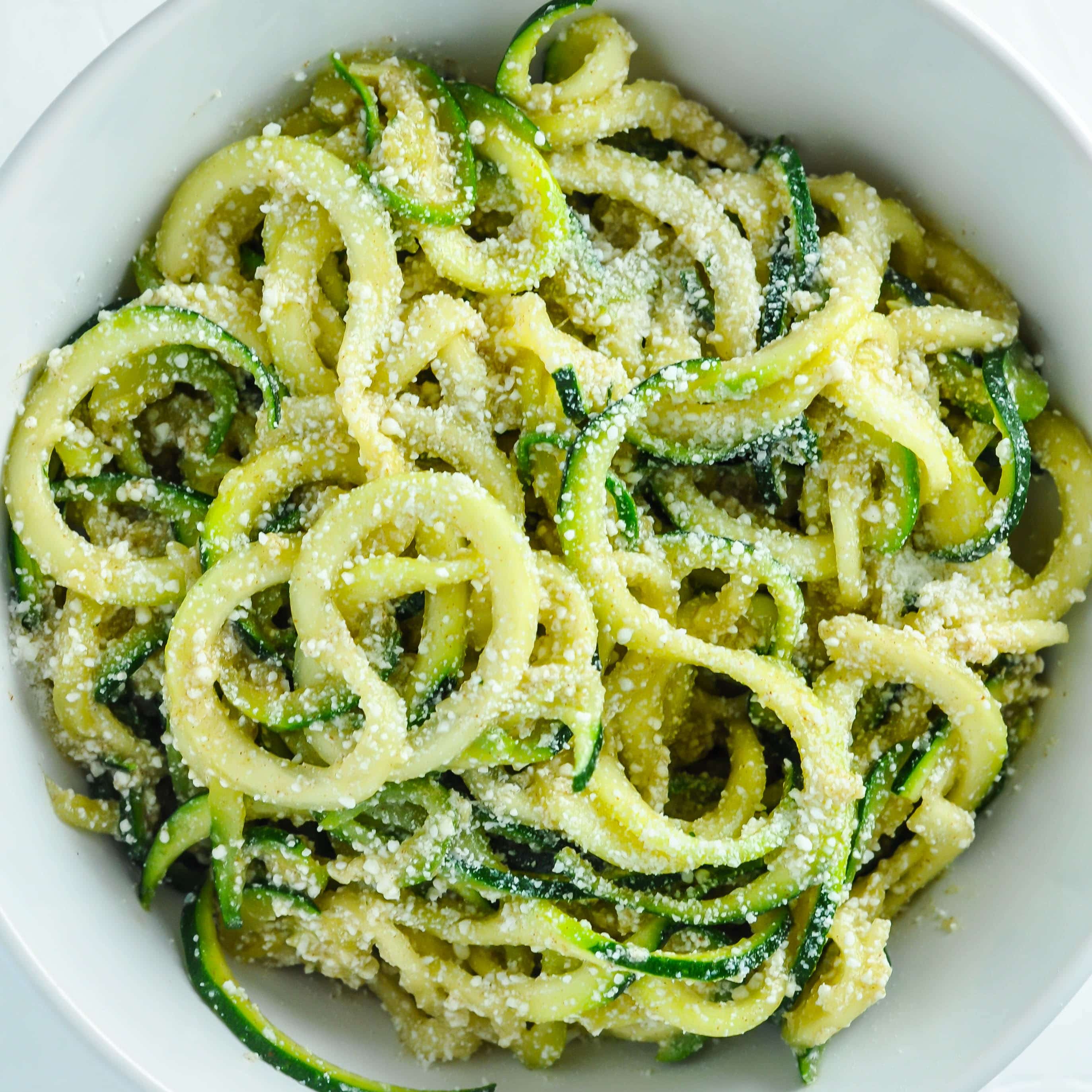 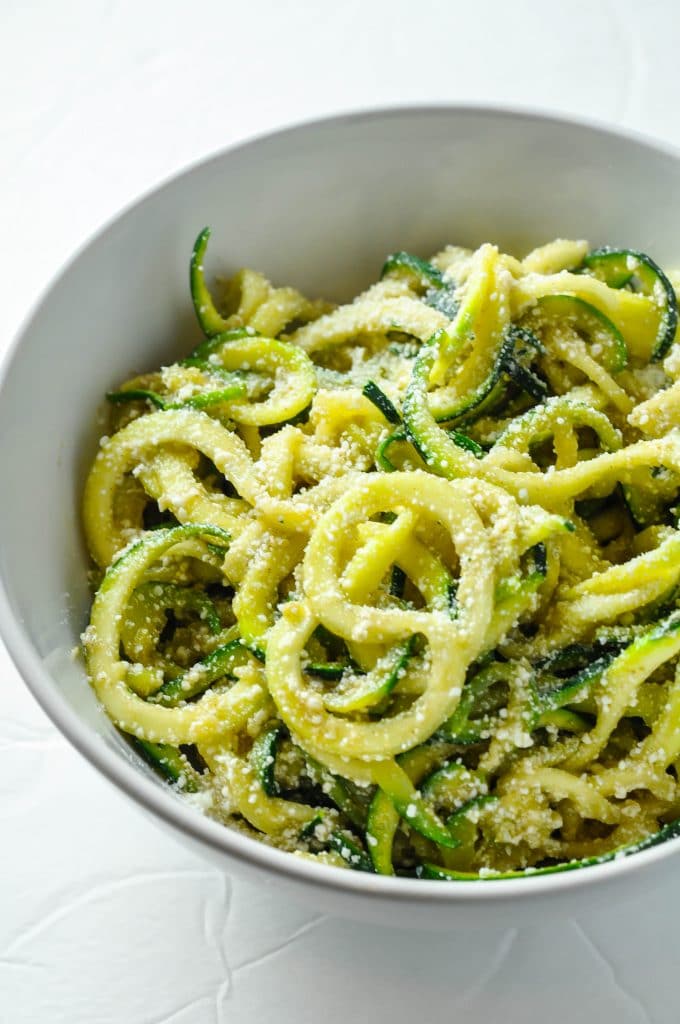