“Mmm, what are you making? That smells amazing,” my partner deadpanned as I cracked open a can of tuna fish. He’s… not a fan. I’ve always been under the impression that a little part of him dies inside whenever I use tuna fish, so I save it for solo meals. Imagine my surprise when he not only asked for a bite of the tuna stuffed endives I whipped up for myself, he ate half of them and announced they were “pretty good”.

I realize that “pretty good” doesn’t sound like a solid vote of confidence, but given the option to go hungry or eat tuna fish, nine times out of ten he’d skip the meal. He’s an honest taste-tester that legitimately despises canned tuna; if he says it’s “pretty good,” that translates to pretty damn good for the rest of us.

Rest assured, this recipe is a winner. 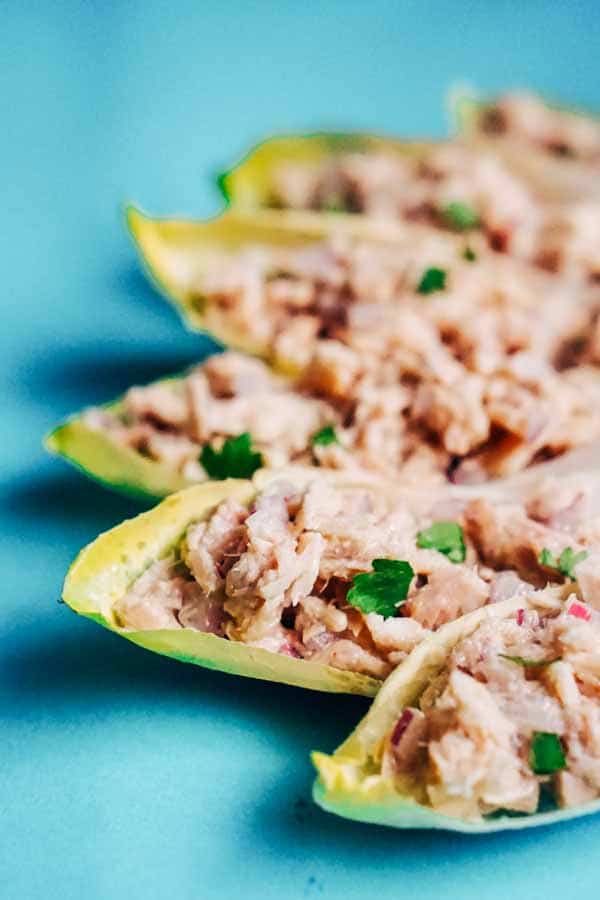 The tuna salad is prepared by combining tuna and red onion with a simple avocado oil vinaigrette. The vinaigrette is an easy 3:1 ratio of avocado oil (3) and apple cider vinegar (1) with a pinch of salt. If you prefer a sweet vinaigrette, you can always add a little erythritol sweetener, but I’ll leave that up to you. Add the vinaigrette to the tuna mixture and then serve in endive leaves, one of the most under-appreciated vegetables known to man.

Endives don’t get nearly enough attention in the keto world, but they should! Not only are they low in carbs and calories, but they are also an excellent source of potassium (a super important electrolyte, especially on the keto diet). In 100g of raw endive, there are only 0.2g net carbohydrates, 17 calories, and 314 mg of potassium. Served raw, endives provide a crisp, edible serving dish for all kinds of low carb ingredients. If you haven’t tried endives yet, I’d highly recommend you add them to your grocery list.

You can start giving this tuna stuffed endives recipe a shot! 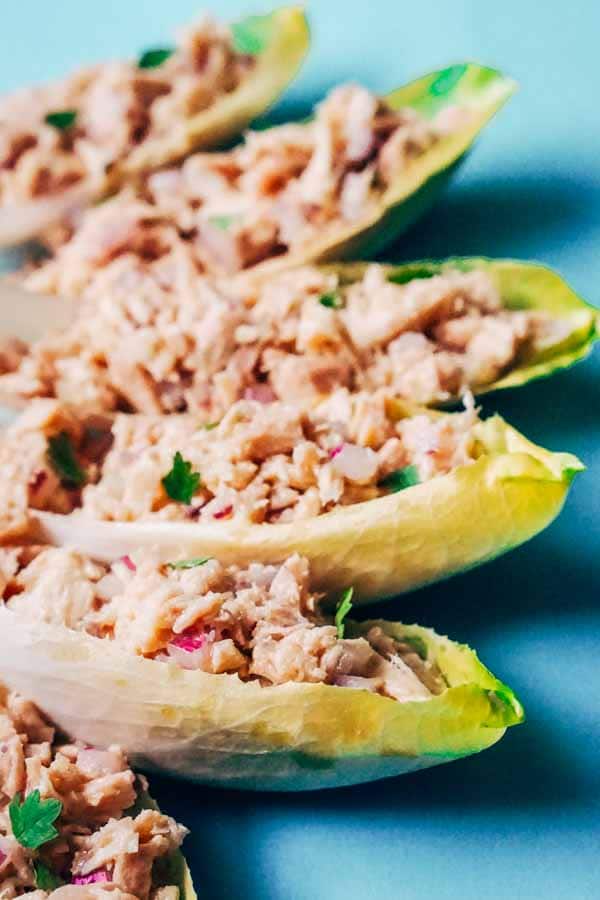 For the tuna-haters out there (I see you), here are a few pointers:

Not all canned tuna fish is created equal.

Go for the solid tuna and avoid the chunk every time. When solid tuna comes out of the can, it looks like fish instead of cat food. I promise it makes a huge difference!

Check what it’s packed in.

Some tuna is packed in oil; some is packed in water. I’ll take it either way, but most people have a strong preference for one or the other. Try both and see what floats your boat.

Don’t just eat it straight out of the can.

For the love of flavor, no. Dress it with something, try out different spices, but never go fork-to-can. Never! It’s dry and bland; there’s just no way around it. If this is how you’ve been choking it down, it’s no wonder you aren’t a raving fan of tuna. It doesn’t take a lot to build flavor with simple ingredients. The tuna stuffed endive recipe only uses a handful of basic ingredients with minimal effort. 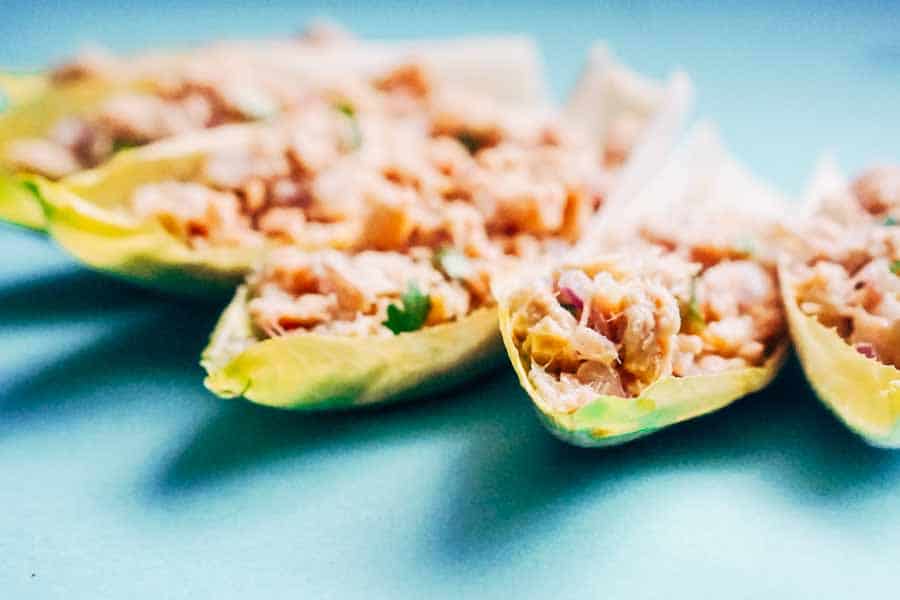